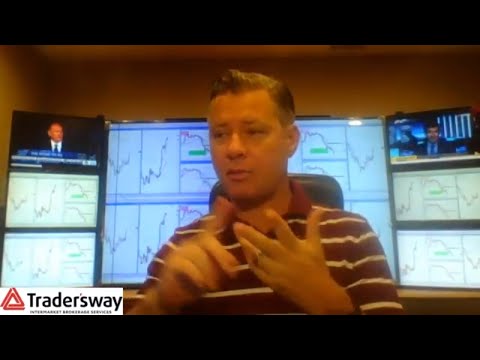 Some trading wisdom, tools and information I picked up along the way that helped me be a better trader. Maybe it can help you too.

Its a bit lengthy and I tried to condense it as much as I can. So take everything at a high level as each subject is has a lot more depth but fundamentally if you distill it down its just taking simple things and applying your experience using them to add nuance and better deploy them.
There are exceptions to everything that you will learn with experience or have already learned. If you know something extra or something to add to it to implement it better or more accurately. Then great! However, my intention of this post is just a high level overview. Trading can be far too nuanced to go into in this post and would take forever to type up every exception (not to mention the traders individual personality). If you take the general information as a starting point, hopefully you will learn the edge cases long the way and learn how to use the more effectively if you end up using them. I apologize in advice for any errors or typos.
Introduction After reflecting on my fun (cough) trading journey that was more akin to rolling around on broken glass and wondering if brown glass will help me predict market direction better than green glass. Buying a $100 indicator at 2 am when I was acting a fool, looking at it and going at and going "This is a piece of lagging crap, I miss out on a large part of the fundamental move and never using it for even one trade". All while struggling with massive over trading and bad habits because I would get bored watching a single well placed trade on fold for the day. Also, I wanted to get rich quick.
On top all of that I had a terminal Stage 4 case of FOMO on every time the price would move up and then down then back up. Just think about all those extra pips I could have trading both directions as it moves across the chart! I can just sell right when it goes down, then buy right before it goes up again. Its so easy right? Well, turns out it was not as easy as I thought and I lost a fair chunk of change and hit my head against the wall a lot until it clicked. Which is how I came up with a mixed bag of things that I now call "Trade the Trade" which helped support how I wanted to trade so I can still trade intra day price action like a rabid money without throwing away all my bananas.
Why Make This Post? - Core Topic of Discussion I wish to share a concept I came up with that helped me become a reliable trader. Support the weakness of how I like to trade. Also, explaining what I do helps reinforce my understanding of the information I share as I have to put words to it and not just use internalized processes. I came up with a method that helped me get my head straight when trading intra day.
I call it "Trade the Trade" as I am making mini trades inside of a trade setup I make from analysis on a higher timeframe that would take multiple days to unfold or longer. I will share information, principles, techniques I used and learned from others I talked to on the internet (mixed bag of folks from armatures to professionals, and random internet people) that helped me form a trading style that worked for me. Even people who are not good at trading can say something that might make it click in your head so I would absorbed all the information I could get.I will share the details of how I approach the methodology and the tools in my trading belt that I picked up by filtering through many tools, indicators strategies and witchcraft. Hopefully you read something that ends up helping you be a better trader. I learned a lot from people who make community posts so I wanted to give back now that I got my ducks in a row.
General Trading Advice If your struggling finding your own trading style, fixing weakness's in it, getting started, being reliably profitable or have no framework to build yourself higher with, hopefully you can use the below advice to help provide some direction or clarity to moving forward to be a better trader.


Trade the Trade - The Methodology


Dear Ladies and Gentlemen
The People's Bank of China (PBOC) is gladdened to announce that the efforts made by the Bank to consolidate financial markets and reign in unproductive credit and the misappropriation in debt lending are seeing bountiful returns. For the 2022 year forecast, we are thus heartened to state that the economy has exponentially preformed to bring growth above 7 percent, beating negative analysis on efforts on the PBOC and government's meaningful reforms to address core structural issues that have threatened the Chinese and global economy.
While we have identified specific measures in relation to consumer demand and business growth, in conjunction with the improving regulatory framework, we foresee promising inflationary movement and are pleased to see an adaptive labour market take hold in overall trends for key benchmarks.
In regards to the current developments in the Banks's stimulus efforts, we shall maintain the current level of market guidance and capital assistance. While we continue this approach, we are constantly assessing the Mainland's capital markets liquidity and should concerns be spotted that identify general overheating, the PBOC is ready to address those concerns and enforce targeted measures.
Now, onto the main elements of the year's statement: the current status on the internationalisation of the Renminbi and policy responses to optimise a favourable environment as well as new guidelines on capital market
The following discussion shall be complimented with the following handout:

The Renminbi - The People's Currency, and Soon the World's?

The Continued Dollar Dominance
Chinese Efforts to Open Up the Renminbi - An Uneven Effort
Making The Cross Across the Riverbed Towards A More Global Renminbi
The PBOC has issued the following in its Guiding Measures to the Chinese Mainland and SAR financial markets:
This new rule will further buoy the offshore Renminbi (“Dim Sum”) bond market and accelerate the pace of Renminbi internationalisation.

Roughly 2 years after creating a company in China at my kitchen table, we’ve pivoted, tripled our staff and opened new offices. We’re changing the way e-commerce manufacturers import from China. Here’s how I did it.